Emissions divide now greater within countries than between them – study

The difference between the carbon emissions of the rich and the poor within a country is now greater than the differences in emissions between countries, data shows.

The finding is further evidence of the growing divide between the “polluting elite” of rich people around the world, and the relatively low responsibility for emissions among the rest of the population.

It also shows there is plenty of room for the poorest in the world to increase their greenhouse gas emissions if needed to reach prosperity, if rich people globally – including some in developing countries – reduce theirs, the analysis has found.

Most global climate policy has focused on the difference between developed and developing countries, and their current and historical responsibility for greenhouse gas emissions. [continue] 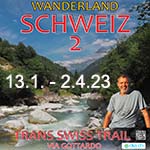