UN system's authoritative voice on the state and behaviour of the Earth's atmosphere, its interaction with the oceans, the climate it produces and the resulting distribution of water resources. [ weiter ]

The climate crisis has not only been leaving deadly heatwaves and more destructive hurricanes in its wake, but also probably creating extreme winter weather events, according to a new report released on Thursday by the American Association for the Advancement of Science’s journal Science.

Climate change has long been associated with such extreme weather events as the hurricane that just struck the Gulf coast over the weekend, knocking out power for over a million people and leaving several people dead, and the deadly heatwaves across the Pacific north-west earlier this summer.

But scientists have long wrestled with the connection between the uptick in such severe winter weather events as powerful snowfalls and atypical cold snaps across the northern hemisphere, and accelerated Arctic warming, or Arctic amplification, one of the hallmarks of global warming.

The new report, titled Linking Arctic variability and change with extreme winter weather in the United States, has helped to clarify that connection. [continue] 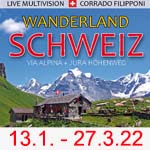 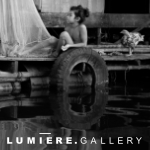